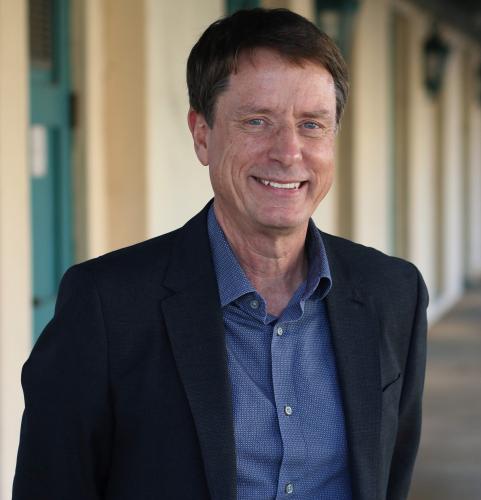 1: What has changed most in California during the past few decades?

Bob Freeman: From my point of view, which is focused around the Medi-Cal Program, it’s two things. First, the sheer growth of Medi-Cal that today covers one in three Californians. When I first became involved with Medi-Cal in the mid 1990’s, it was a program keeping the state’s most destitute – lowincome moms and kids, as well as low-income seniors and people with disabilities – with access to health care. Now, because of both the Affordable Care Act greatly reducing the number of the uninsured, and the changes to the state’s economy (increased income inequality, less employer-based health insurance coverage) Medi-Cal is now very much the insurer of people that are employed, but either are not offered or cannot afford commercial health insurance.

Second, Medi-Cal has greatly evolved from 15 or 20 years ago. When I started with what is now CenCal Health, Medi-Cal managed care plans (and there were only two of us!) were essentially fiscal intermediaries for the state program, with cost savings (via local management and flexibility) being the primary goal. Today, Medi-Cal is vastly more complicated and effective at both saving money and improving members’ health outcomes. Quality measures, care management programs, risk-sharing payment structures that incentivize providers, etc., have all contributed to create a robust program serving millions of Californians. That is actually quite impressive compared to any commercial health plan, much less another state’s Medicaid program.

2: What other California organizations involved with health care do you admire most?

Bob Freeman: At the risk of appearing self-serving, I would say in a heartbeat the other 15 publicly sponsored health plans in California. These are unique organizations that are legally organized as public entities, but are mission-driven without a guarantee of perpetuity (as most people think of “government” entities), and widely effective by any measure. Public plans have administration ratios of between 3%-7%, have the highest quality indicators in the Medi-Cal program, and make substantial investments in their communities to improve the health and well-being of their membership. In my view, public plans administer a government program like Medi-Cal as anyone would want it to be run – efficiently and effectively while providing accountability. As one senior Congressional health staff person said to me several years ago, “We love your model; the problem from our federal point of view is that 49 states don’t have it!”

3: How does health care delivery and your member population in Santa Barbara and San Luis Obispo Counties differ from other regions of California?

Bob Freeman: California, of course, provides the entire spectrum of “regions,” from the very urban to the very rural. I would say our area of the Central Coast is somewhere in between — small cities (e.g., Santa Barbara, Lompoc, Santa Maria, San Luis Obispo) separated by 30, 40 and in some cases 80 miles of lesser populated areas. Challenges often revolve around either a scarcity of providers or great distances between them. On the other hand, what I have gathered by speaking with my peers from other areas over the years is that what we have is unique: the health care universe in Santa Barbara and San Luis Obispo counties possesses a very high degree of putting what is best for the community as a whole first. The hospitals, physician groups and others in the health care arena get along well and work together often. One advantage CenCal Health brings to the community is that by being a common denominator (that is, we contract with all providers but compete against none of them), we can drive and sometimes fund positive change, either as a leader or prominent supporter, that can and does impact the entire service area.

4: How important of a role does partnership with community organizations play with your organization?

Bob Freeman: I think that most people reading your publication will already be aware of how valuable community-based organizations (CBOs) can be in serving as “extenders” of the health care delivery system. CenCal Health partners either directly or indirectly with senior nutrition programs in both counties, asthma and speech therapy programs run by CBOs, homeless shelters/transitional housing programs in both counties, etc., to address social determinants of health. These organizations serve the same lowincome population that we do. Therefore, we make the effort to have all of us point in the same direction. We’re also fortunate enough to be able to make smart investments in programs run by CBOs that may take some time to become self-sustaining, but are worthwhile over the longer term.

5: Are there any recent initiatives or developments at CenCal Health that you’re excited about and would like to share?

Bob Freeman: Yes, with the caveat that imitation is the sincerest form of flattery. We’re in the process of implementing Recuperative Care Programs in both Santa Barbara and San Luis Obispo Counties. CenCal Health is partnering with local hospitals and CBOs, and providing a majority of the funding, to transition homeless emergency department “frequent flyers” into temporary transitional housing where their medical as well as behavioral and substance abuse issues can all be addressed with the hope of breaking the cycle they are in. I mention “imitation” because this particular seed was planted in my head by attending a presentation on Recuperative Care by our sister health plan in Orange County, CalOptima. After the presentation, I was thinking to myself “that could really work for us.” I doubt CalOptima thought of the idea, but they made it work, and hopefully now so will we.

Bob Freeman is CEO of CenCal Health, which provides comprehensive health coverage to nearly 180,000 members enrolled in Medi-Cal. This regional health plan partners with over 1,500 local physicians and other providers to deliver quality patient care to approximately 1 in 4 residents of Santa Barbara County and 1 in 5 residents of San Luis Obispo County. The oldest Medicaid managed care plan of its kind, CenCal Health is a local public agency that employs close to 250 people at offices in both Santa Barbara and San Luis Obispo. Bob also serves on the Board of Directors of the Local Health Plans of California (LHPC), the Pacific Health Centers (PHC), and serves as the Chair for the Community Action Commission (CAC). Before coming to the then Santa Barbara Regional Health Authority in 1993, Bob spent ten years in Sacramento serving in various state government capacities.